Our goal is to create a good balance between traditional and modern world art direction. A blend of medieval backgrounds or characters with Sengoku design and current, postmodern world. With similar motivations, we are connecting with the old Bushido Blade games atmosphere and blending it with a modern take.
Since every fight in Die by the Blade has different feel and difficulty, you can choose how many lives will be part of the round and then you can easily adapt to the difficulty of each fight for yourself. One to three lives result in high tension fights which might be sometimes based on luck and one random win can affect the whole result of the match. Five to seven lives fights are a bit more relaxed. 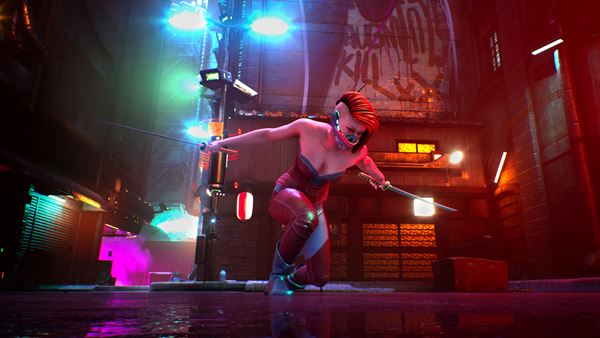